I could say it feels like only yesterday, but no, that's not true anymore. It now feels longer ago than that, and that's good.

Thanks to blogging I can look up my notes from that day. "I just feel numb. I miss an eloquent President, who can express what I and the nation must feel, but cannot put into words."

We do business in Hamburg-Harburg, just blocks from Marienstrasse 54, where the plot was hatched. It is still creepy to me that this began so (geographically) close to us.

Almost immediately there were many expressions of grief and support from both German officials and ordinary citizens. This led directly to the German military involvement in Afghanistan that started a few weeks later. 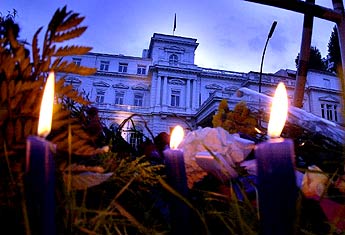 Candles placed at the US Consulate in Hamburg, September 2001 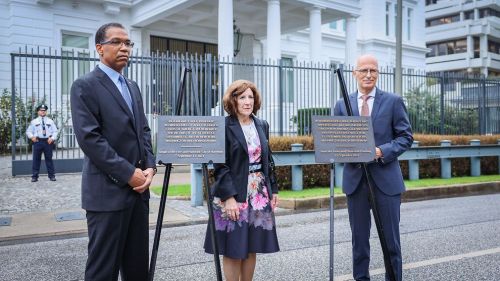 Commemorative plaques placed at the US Consulate, September 10, 2021 (Source)